You Are Here:Home/Outsourcing credit control helps avoid late payment, and the domino effect..

At least one fifth of UK corporate insolvencies in the past year were caused by late payment or the insolvency of another company, according to new research by insolvency and restructuring trade body R3.

A survey of the insolvency profession reveals that late payment for goods or services was a primary or major cause of 23% of insolvencies in the last twelve months, while the failure of a supplier or customer was the primary or major factor in 20% of cases.

Andrew Tate, R3 president, says: “A business can have a great product and great staff, but if it doesn’t get paid for what it sells, or if it is over-reliant on one supplier or customer, things can go wrong very quickly.

“On the surface, late payment or the failure of another company can seem like factors outside a business’ control, but there are plenty of steps a business can take to reduce the risks posed by its supply chain and customer base.”

“Businesses must not be complacent when it comes to checking who they are trading with. If a business is not paid upfront it is essentially acting as a lender – albeit without the protections a secured lender enjoys. Keeping track of invoices and getting paid is vital.”

The latest research reveals the extent of the problem hasn’t improved since 2014, when a previous survey of the insolvency profession found that late payment was a primary or major factor in 20% of corporate insolvencies.

Andrew Tate continues: “The serious implications of late payment is recognised by the high profile the issue now commands. Unfortunately, government promises and other initiatives don’t appear to have yet made any real impact on the scale of the problem.”

Over half (57%) of insolvency practitioners identified construction as the sector with the worst track record for late payment, in line with findings from a previous member survey in 2014 (59%).

Andrew Tate adds: “Construction is considered to have the worst late payment problem and it comes as no surprise that it’s consistently the sector with the highest number of corporate insolvencies. Late payment problems and relatively high insolvency rates are not a coincidence. If the sector could diminish the extent of this issue it would see an improvement in its business survival rate.”

Previous research conducted by R3 found that 6% of UK businesses, equivalent to 113,000 companies, were creditors in an insolvency last year.

Andrew Tate says: “The failure of one company can have a serious knock-on effect. The loss of a major contract or supplier can quickly interrupt a business’ cash-flow. It is possible to take precautions to minimise the risk other insolvencies pose to your business. One option could be to make sure terms and conditions include an effective ‘Retention of Title’ clause – checked by a lawyer – to ensure the retrieval of goods from an insolvent customer if they have not been paid for.

“Both late payment and the ‘domino effect’ have been identified as leading causes of insolvency by the profession so more needs to be done to prevent needless financial concerns for businesses. In this time of uncertainty following the EU referendum, we should be doing everything we can to mitigate problems for the business community, making it easier for UK companies to carry on.” 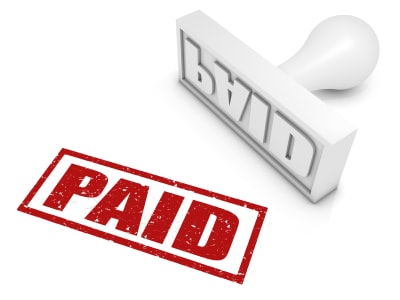