You Are Here:Home/Recruitment sector client – back door placement dispute

Settlement increased from 50% to 85% of invoice value.

Whilst we’d love to write about all our 100%+ win success stories, some of the others can still offer you great insight into dispute resolution.
This particular client, a specialist recruitment firm working nationwide, asked for our assistance when they were faced with a debtor who had recruited the same candidate on two separate occasions. First time from our client on a short term placement and then within a short space of time, full time, claiming they had been introduced the candidate for that position from a second recruitment agency.
As our client had contact with the candidate and had learned of the new full time position of employment made, they invoiced their client, being well within their agreement rights, and claimed additional payment for the temp to perm placement.
This is the point the dispute began and the debtor, through their own internal errors found themselves caught between two recruitment firms who had both (as the debtor claimed) supplied the candidate contact. It may well have been that they, the debtor, had requested support from a number of recruitment firms to fill different positions but, did not cross reference internally with HR if any of the candidates short-listed ‘to be employed’ had been previously contracted through different recruiters on any contract basis (part time / temp / FT / trial); and if they were still bound under those Terms with that recruiter in anyway, in respect of those candidates.
Sterling took on the debt and raised the settlement offer for our client, one of the two recruiters who had an initial offer at 50% of their invoice in the dispute. Sterling negotiated and our client agreed to accept a higher offer made by the debtor of 85% original invoice value. As instructed by our client emphasis was put on avoiding legal action and as much as possible, not to negatively affect the chances of our client working with the debtor in the future. Even though our client had made the initial introduction and we likely could have won a court claim in their favour, a compromise obtained them the possibility to maintain relations, avoid further delays in cash flow and no up front expenses for legal and solicitor’s fees. 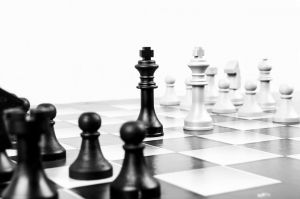